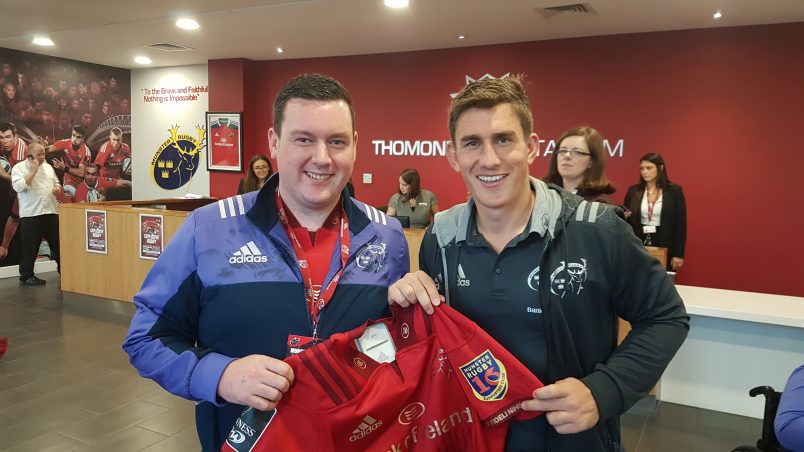 The MRSC recently ran a competition to launch their new logo. Mike O'Dowd was the lucky MRSC member who got to meet Ian Keatley following his game against the Cheetahs in Thomond Park last Saturday night.

As part of the competition Mike got to keep Ian Keatley's jersey from the game which featured the new MRSC logo.