End of Season Thank You! 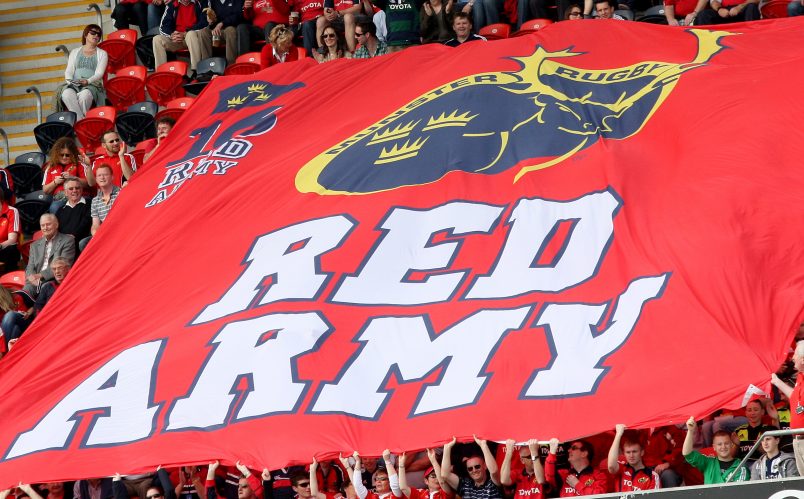 A short message for members on the conclusion of a challenging yet unforgettable season for all.

A short message for members on the conclusion of a challenging yet unforgettable season for all.

Last year we ended the season on a make or break game in Round 22 of the Guinness PRO12 on which rested our Champions Cup hopes for the season ahead. Who could have predicted that 12 months later, at the end of the 2016/17 season Munster would have reached the final four in the European Champions Cup and the final two in the Guinness PRO12. Though it was disappointing not to secure silverware last weekend, the progress made in a few short months has been truly special to witness.

You, our members, may not have predicted such an incredible and emotional season but you believed in this team and their abilities, committed your support during that tough time last year and were there to see Munster Rugby through all the highs and lows that followed. In just a short year this team have proved that to the Brave and Faithful, Nothing is Impossible and we are proud of what they have achieved – what we have all achieved as members of this club this year.

For your support on and off the pitch, on match days and beyond, we would like to thank all our members who have made this season special.

First of all, a special thank you to the MRSC Committee who work tirelessly throughout the season and give so much of their time so willingly. Their dedication to making the club better for all our members is inspiring.

To those who take charge of the flags and banners, Guards of Honour, our Choir who represent the MRSC so well, our MRSC photographers and our Branches in Dublin, London, Brussels and the USA. To the members who help handing out flags, with buses, quizzes, our Junior Club events, who are there to cheer at every match day and so much more. To everyone who contributes and works together to make the MRSC the best Supporters Club in the world (in our opinion anyway!) – thank you all.

We hope you all have a wonderful summer and we look forward to seeing you soon for another exciting season!

Jennifer Kiernan
MRSC Manager
On behalf of all in Munster Rugby