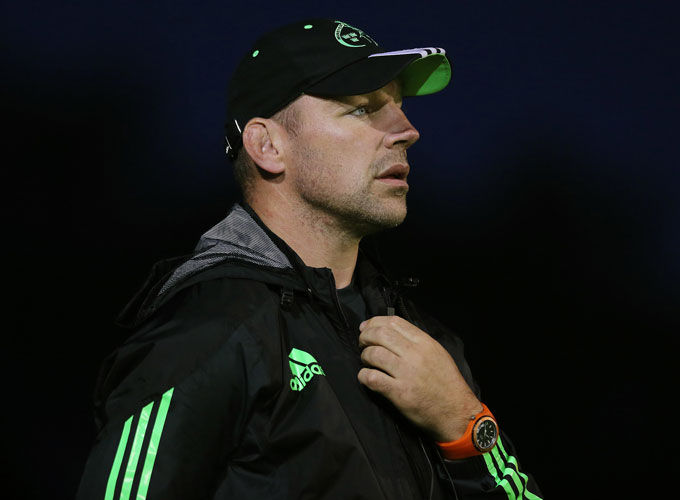 As the Giant Draw enters the last two months of its current run, we catch up with Peter Malone, Elite Player Development Manager, who tells us how the contributions from the MRSC Giant Draw have benefited the Munster Rugby Academy this season.

As the Giant Draw enters the last two months of its current run, we catch up with Peter Malone, Elite Player Development Manager, who tells us how the contributions from the MRSC Giant Draw have benefited the Munster Rugby Academy this season.

"The MRSC funding for the Academy has allowed us to develop our programme over the last year.

We are currently running Backs Development Clinics in Limerick and Cork with the goal of developing more backs for our programme. These sessions are run in CIT and UL 4G on Monday nights with Greig Oliver, Felix Jones, Noel O'Meara and Fiach O'Loughlin all coaching our future backs. The best underage backs in the province are invited into these sessions and train with our Academy players in order to develop the understanding and skill in back line attack and defence.

Off-field development – as part of our Academy and Age Grade programme all players are now thought best practice in nutrition and mental skills by qualified coaches. This allows all our players to learn good habits but also means when a players gets through to the Academy they will have already done 2/3 years of education about best practice for professional rugby."

To Enter The January Giant Draw:

First Prize
One lucky member will win a Samsung 48" Slim, Smart, LED TV to catch all the Munster highlights

Second Prize
Travel in style with our second prize of a Return Trip with Stena Line Ferries for a car plus four people from Rosslare to Fishguard.

Third Prize
Relax and unwind with one nights stay* for two in the 5* Boutique G Hotel and Spa, Galway including a gourmet meal in Gigi's

Fourth Prize
An iPad mini and an exclusive Deep RiverRock Hydration pack will be winging its way to the winner of our fourth prize, courtesy of Munster's Water Partners Deep RiverRock Ireland

Eighth Prize
A two night midweek stay in the Brehon Hotel, Killarney with breakfast each morning and dinner on a night of your choice – sponsored by an tOireachtas

Tenth Prize
We have a Timberland voucher for €;100 to help equip people to make a difference in their world.

Eleventh Prize
Make a meal of a trip to Thomond or Irish Independent Park with a €;50 voucher for Coqbull in either Limerick or Cork.