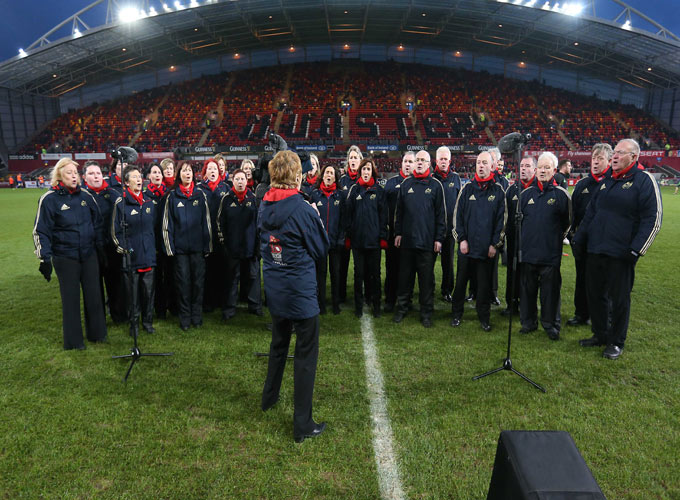 A vacancy has arisen for the role of Music Director for the Munster Rugby Supporters' Club Choir.

The Music Director would lead a dynamic mixed four part choir comprising of forty-five members that perform on the pitch at Munster Rugby home fixtures in Thomond Park and Irish Independent Park. The choir has a very strong work ethic and a vast repertoire of songs including Classical, Traditional and Pop/Contemporary.

The choir was founded in April 2008 and has performed on the 'Late Late Show', Ryan Tubridy's Breakfast Show' on 2FM, Pat Kenny Show on Newstalk, at the Ireland Soccer Internationals and the Opening Ceremony of the Special Olympics National Games.

Rehearsals take place every Tuesday in Charleville Park Hotel from 7.30 to 9.30pm. If you have experience in directing choral groups and are interested in applying please forward your CV to: mrscchoir@munsterrugby.ie