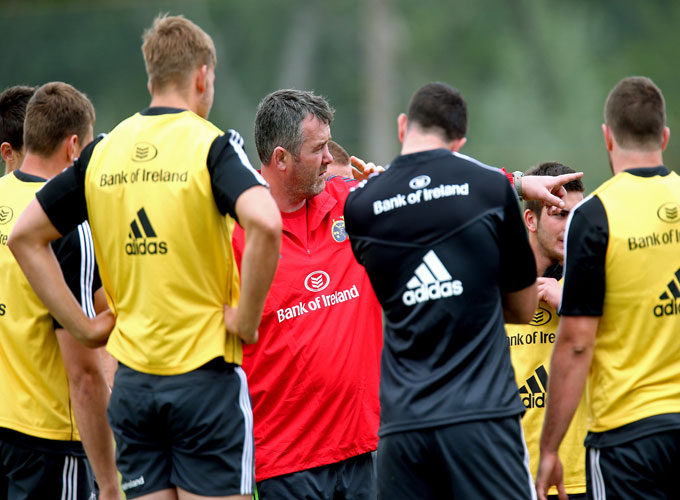 In just over a week Munster will be setting their sights on Waterford’s RSC and the 2014 SEAT Challenge against London Irish.

In just over a week Munster will be setting their sights on Waterford’s RSC and the 2014 SEAT Challenge against London Irish.

Not only is this the first time the Waterford RSC will play host to the Munster senior squad, it is also the first home game under new head coach Anthony Foley. Supporters can expect to see plenty of new emerging talent alongside the more familiar faces.

Unfortunately injury has affected some of the squad including Munster hooker Mike Sherry, back Keith Earls and Limerick 7’s victims Gerhard Van den Heever and Luke O’Dea. Happily Duncan Casey is nearing full recovery and hopes to get the ‘green light’ for the 29th of August.

Anthony Foley is looking forward to heading to the South East.

"We're conscious that we represent the whole of Munster, and that there's a passion within young guys across the six counties who want represent Munster when they grow up. It's great that we have the opportunity to play our pre-season friendly at the Waterford RSC and we want to continue to bring the game around the province."

For members who have already purchased or redeemed tickets, they have been dispatched and should be delivered before the end of the week.