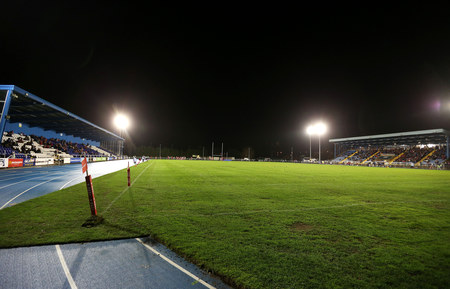 Munster will play their home pre-season game against London Irish at the Waterford RSC in The SEAT Challenge on Friday August 29th, KO 7.30pm

Munster will play their home pre-season game against London Irish at the Waterford RSC in The SEAT Challenge on Friday August 29th, KO 7.30pm

The fixture continues a tradition of welcoming the Exiles to the province and sees Munster play their pre-season game in Waterford for the first time.

The game will be Munster's second of the pre-season schedule, with the first match being played at Kingsholm against Gloucester Rugby on Saturday August 23rd.

The 5800 capacity stadium (3000 seated) has previously held Munster A games against Llanelli and Plymouth Albion in the British and Irish Cup.

The following ticket offers will be available to members from later this month;

Members with a combined season ticket may redeem one complimentary ticket per member.

Members with a season ticket for thomond Park or Musgrave Park may purchase tickets with a 20% discount.

Details will be published on the website when the above ticket offers are available for members to purchase.