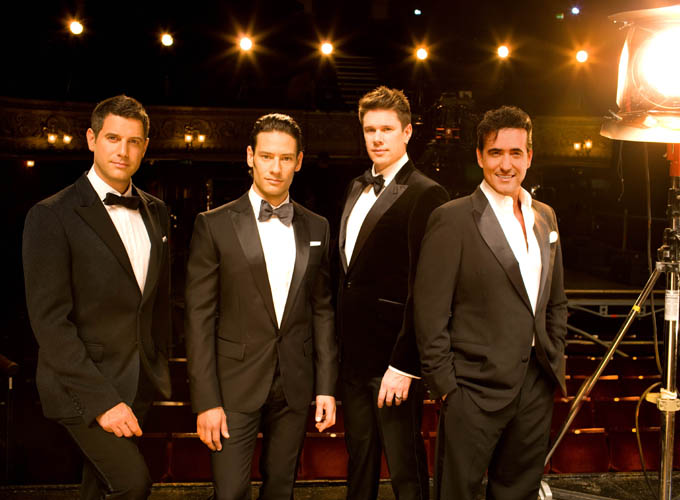 In association with The City of Cork Symphony Orchestra and Cork City Council, all Munster Rugby Supporters are being offered priority pre-sale access to 2,000 extra seats to the sell-out IL DIVO at Musgrave Park

In association with The City of Cork Symphony Orchestra and Cork City Council, all Munster Rugby Supporters are being offered priority pre-sale access to 2,000 extra seats to the sell-out IL DIVO at Musgrave Park

Presented by The City of Cork Symphony Orchestra
This concert is seen as a fantastic coup for Cork city as Il Divo join The City of Cork Symphony Orchestra for a ‘A Musical Affair: The Greatest Songs of Broadway Live’ at Musgrave Park, Cork on the same weekend as The Irish Open. Organisers have also confirmed the addition of the stunning Irish Sopranos to the line-up as well as a hugely popular ‘Music of Andre Rieu’ set by the orchestra.

Initial tickets sold out quickly through Ticketmaster and Pro-Musica Cork and due to demand extra capacity has now been added! For members of Cork you can get priority pre-sale access from Monday 12 May 2014

This is a fully seated event, catering to 16,500 concert goers. A first for Musgrave Park, the stadium will have full bar and catering facilities and corporate entertainment facilities to enhance enjoyment of the concert and a park in ride system will be in operation to provide a seamless and well-organised event which is fully supported by Cork City Council and other stakeholders.

Tickets for this concert are very reasonably priced from €;85 and are available on ticketmaster.ie from Monday 19th May at 9am, or can be purchased at Pro-Musica, Oliver Plunkett St., Cork (021) 4271659 from that date also.

For corporate entertaining and corporate ticket enquiries only (details to be announced at a later date) please register your initial interest by email as follows: mary@hopkinscommunications.ie;