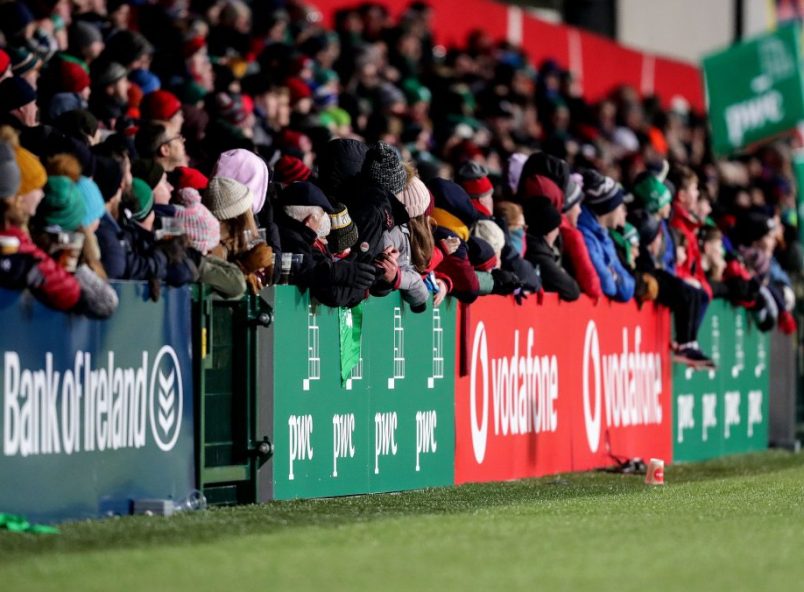 The Ireland U20s take on world champions France in their penultimate game of their Six Nations campaign at Irish Independent Park this Friday at 7.15pm. Ireland are undefeated so far, and this game looks set to be a cracker!

The Ireland U20s take on world champions France in their penultimate game of their Six Nations campaign at Irish Independent Park this Friday at 7.15pm. Ireland are undefeated so far, and this game looks set to be a cracker!

Nearly 6,000 tickets have already been sold for the clash and are available to purchase online here, from the Munster Rugby Ticket offices at Irish Independent Park and Thomond Park, or by calling 061 421103 on Wednesday and Thursday from 10am-5pm, and from 9am on matchday.

Please note that tickets will be available from Munster Rugby offices at Irish Independent Park from 9am-1pm on match day, and then from the Ticket Office outside the Dolphin Gate from 1pm.

We are delighted to welcome back Rebel Brass to Irish Independent Park. They brought the house down last time around, and you can enjoy their dynamic brand of modern classics live on the pitch prior to kick-off and at half-time. Rebel Brass are a 15-piece jazz band who were formed as part of a music education partnership between Music Generation Cork City and Barrack Street Band.

At half-time, we are delighted to welcome pupils from three local primary schools in the Ballyphehane area to show off their rugby skills – Morning Star National School, Scoil Maria Assumpta and Gaelscoil an Teaghlaigh National School.

Face in the Crowd is back! Two lucky winners will win a pair of tickets each for Ireland’s Guinness Summer Series match against Italy in the Aviva Stadium on 10th August courtesy of Irish Rugby. Keep an eye on the big screen at half-time!

Ireland flags will be handed out throughout the ground so you can show your support for the Ireland team!

The stadium turnstiles will be open from 5.45pm at the Dolphin Gate and Sunday’s Well Gate. Food concessions inside the ground will also serve a variety of hot food to supporters.

Black Ash Park & Ride will remain open until 10pm on Friday night to cater for supporters, free of charge. The car park will remain open until 10pm and is a short walk from Irish Independent Park. Please note any cars blocking entrances will be towed. As Irish Independent Park is located in a residential area, we request that you respect the local residents at all times.

If you are coming from the city centre, the 203 bus from Patrick Street stops at Irish Independent Park on the Pearse Road end.

Periods of rain expected during the day but should dry off for the match. Highs of 10 degrees but it will feel colder.

This game will be broadcast live on RTÉ 2

Thanks for your support! #futureisgreen