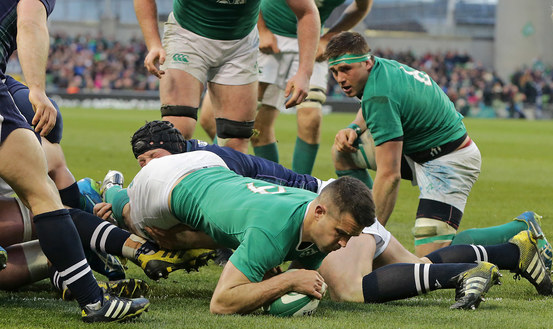 Ed Kidney from Cork was the lucky winner of first prize in our final Giant Draw of the season.

Ed Kidney from Cork was the lucky winner of first prize in our final Giant Draw of the season.

Ed won two tickets to the Ireland v Scotland game in the Aviva this coming Saturday, along with accommodation in the Clayton Hotel Leopardstown. We hope Ed enjoys a great game and another win for Ireland !

Second Prize
Mike Neligan from Tipperary was the winner of our second prize – a signed Munster jersey, 2 Category A tickets to Munster v Ulster and an overnight stay in the Maldron Hotel, Limerick City.

Third Prize
The winner of our third prize of a return journey for 4 people plus your car with Stena Line was Donnacha Kerins from Wexford.

Sixth Prize
Mary Hennessy was the winner of a €;100 voucher for Timberland

Seventh Prize
James O'Brien was lucky winner number seven and will be jetting off thanks to Munster Sports Travel who have sponsored a €;100 voucher