The Red Army In Castres 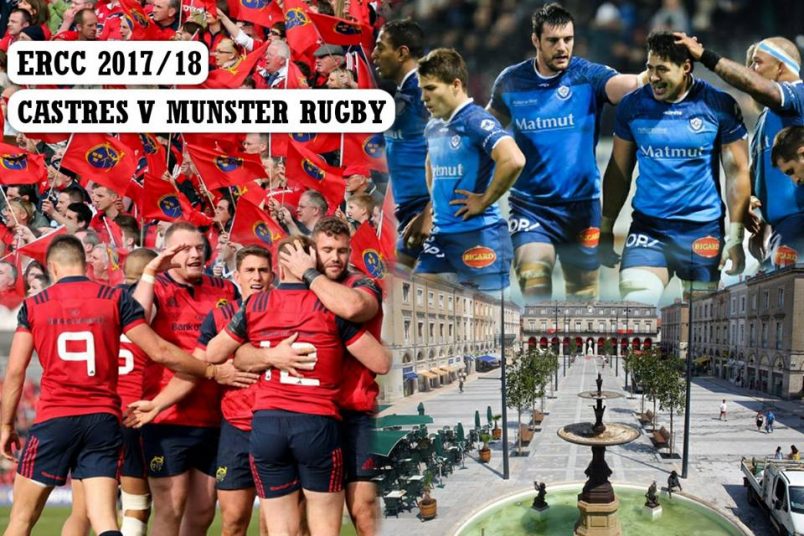 A member’s story of being the 16th man in Castres at the weekend…..

A member’s story of being the 16th man in Castres at the weekend…..

Castres is a very small yet passionate Rugby town which becomes immediately clear. The centre town is really compact (a Kerry MRSC member called Pat Kenny compared the length of the main town to Charleville) with a set of narrow streets and lanes wound around a large square with a really scenic multi colored array of houses set into the flowing river on one side giving almost a Venetian feel.

One of the really great points of the town being small is the travelling Red Army all stay & gather in a small space meaning that every few steps along the paths on Saturday and Sunday you meet the many other Munster Supporters who have arrived which creates a great and unique sense among us as a group with a shared purpose. Our key gathering point was the Irish owned Quay’s bar which from early on Saturday became the point to watch the Racing 92 V Tigers game and the waiting point for the restaurants to open to feed the troops at 7’ o clock; early in the day Munster supporters were seen to be walking in and out of the lanes seeking an early dinner which they soon began to realize is just not the French way (You want dinner you wait until after seven).


As the night progressed both inside & outside of the meeting point became what anyone who travels to an away game can tell you is a great night of friendship & fun with our team songs more frequent, many of the local French gathered around the outside of the pub phones at the ready to film the informal choir as “The Fields,Stand Up & Fight and also the poignant “There is an Isle” rang out.

The welcome temperature of 25 degrees (while a strong wind was also present) added to the pre match panel discussions that arose at each breakfast table in the sense of the high temperature negating the Celtic fitness that seems to be in our favour over French teams in the past years.The Stade Pierre-Antoine has a lovely authentic feel particularly as the grounds other walls are in place for over 80 years while inside the small capacity of 12,900 creates a real closeness to the pitch and game action. The Castres fans are really polite and welcoming and hold any form of displeasure for the referee and support team regardless of how they perform. As always the red jerseys stood out against the blue seats making our multiple pockets of support very apparent while many a supporter in the non-shadowed side moved to the back of the stands for some shelter from the hot sun.

The game as we all know was a tight and nervous affair with most of our support relieved to have 2 points in the bag and as always our team took the time to come across the field to show their appreciation for the 16th man. All post-match analysis was focused on the key moments in the game as the 600 supporters intermixed with the Castres fans with the match conversations punctuated with the unknown weather impact of flights to get back home as the ex-hurricane approached our shores.

What I always know from away trips is that any MRSC member that travels with the Red Army always makes the team and our Club proud and we wait to march again to the next meeting point. SUAF