No Club Without… John Coombes 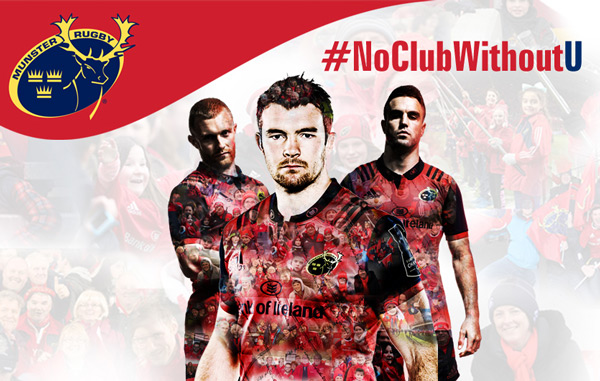 As part of our #NoClubWithoutU campaign, we are profiling a snapshot of supporters and volunteers who have made an invaluable contribution to Munster throughout the seasons, from grassroots right through to the professional game, continuing with lifelong Skibbereen clubman John Coombes.

As part of our #NoClubWithoutU campaign, we are profiling a snapshot of supporters and volunteers who have made an invaluable contribution to Munster throughout the seasons, from grassroots right through to the professional game, continuing with lifelong Skibbereen clubman John Coombes.

A member of the West Cork club since finishing school at Bandon Grammar at the age of 18, Coombes lined out for the club until the age of 30 where a knee ligament injury would put pay to his playing exploits. Having played rugby throughout his time at school the centre went on to win a number of County Cups with the club and captained the side for a few seasons. He played with the Munster Juniors for a few years but John was far from done when the career stopping injury came and it wasn’t long before he assumed the role of an underage coach, instilling his love of both club and game to the next generation, some of whom have made inroads on the professional scene.

John (right) and the Skibbereen U-14's

Last season his nephew, Gavin Coombes, became the first Skibbereen player to enter the Greencore Munster Rugby Academy having previously represented Munster U18 Schools and Ireland U19, while this season the 19-year-old featured in the U20 6 Nations and played a large part in Munster A’s British and Irish title success.

And the family nor Skibbereen connections don’t end there with John’s son, Liam, and Union Hall man Dave McCarthy both currently members of the sub-academy.

“I began by coaching Junior rugby as there wasn’t much underage back then. In later years I coached the U16s and U18s, and then when Liam and Gavin came along at the age of six or seven (and Dave a year later ) I started coaching them and stayed with that team the whole way through. Myself, Aidan Bushe and Jerry O’Brien worked with that squad and they always showed a lot of promise, winning the South Munster U13 League Cup, the U15 South Munster League and Cup and the U18 league .

“We are extremely proud of all our players who come out, train and represent our club and it’s especially nice also to see the likes of Gavin, Liam and Dave doing well in a Munster jersey. It’s a great honour and a great boost for underage rugby here for our successful U16 team this year for example. It showed them what can be done and that Munster is within reach. Three of those guys Jamie Shanahan, Jordi O Brien and Gavin Foley are involved in Munster's U17 development side for the Summer. ”

Skibbereen RFC’s U16s were indeed all conquering this season, claiming a treble with the South Munster A league, the South Munster A Cup and the Bank of Ireland Munster U16 Cup. Coombes might not have been involved with the U16s this season, and despite his own many achievements within the club, claiming the Munster U16 Cup at Thomond Park stands out as his most memorable day in the club.

“From the club’s point of view, that was a special day. To play in Thomond Park where so many of the lads’ heroes play was something they will never forget, nor will the supporters who were able to enjoy such a local experience on such a big stage. Paul Farrell, Paul O’Brien, Walter Young, Kieran Shannon and the whole coaching team did an excellent job and it was nice also that Gavin, Dave and Liam were able to join them in the dressing room after.”

Taking charge of the U14s this season, John remains as dedicated as ever, showing no signs of letting up, instilling the values and traditions of Munster Rugby to the next generation.

“There’s two nights a week training for an hour and a half and then a game on Saturday. But it’s not just us, parents are key to it also. They drive the kids to training and to matches, produce food after games and without them it wouldn’t be possible. Not only that but they helped us bring teams to see Munster and Munster A play, and also to see some of the older lads play age-grade games for Munster.”

The embodiment of grassroots rugby in Munster, for John, his dedication to the club remains very much a labour of love.

“It makes you feel proud and involved in Munster somewhat. You feel as if you have contributed to the final product. Munster team’s ethos is a good one to follow – pride, honesty, never give up and respect – and we try to translate that down to our own players. In that way we all have a collective sense of pride when Munster do well.”

Munster Rugby, no club without John Coombes, no club without Skibbereen RFC, #NoClubWithoutU. 2017/18 Season Tickets and MRSC Memberships are available for just one more week, click here to join for the coming Season.