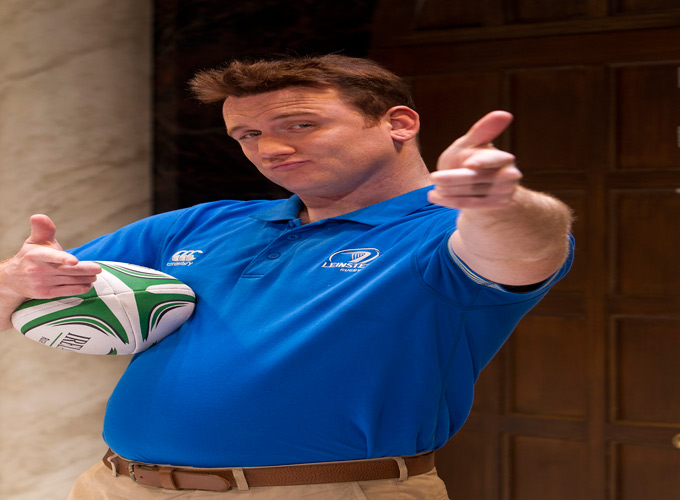 Ross O’ Carroll Kelly is entering enemy territory and leaving his beloved Leinster to bring his hilarious show Breaking Dad to Limerick for the very first time! And you could be there on the opening night!

Ross O’ Carroll Kelly is entering enemy territory and leaving his beloved Leinster to bring his hilarious show Breaking Dad to Limerick for the very first time! And you could be there on the opening night!

We have been given 3 pairs of tickets for the opening night of Breaking Dad in the University Concert Hall in Limerick exclusively for our members. For one week only, Breaking Dad will be on stage and you could be there!

The play is set in the year 2022. Ireland is in the midst of an unexpected economic boom. The country’s debts have been repaid in full, the people are once again selling houses to each other for five times what they’re worth and Bertie Ahern is set to become Taoiseach again at the age of 71. Ross O’Carroll-Kelly is entering his middle years without a care in the world. He’s got a son who’s a professional footballer, a career-minded wife who’s about to land the job of her dreams – and, like good Cognac, his looks just keep improving with age. For Ireland’s most eligible married man, life is good. Until his teenage daughter arrives home from Wesley one night with the captain of the Blackrock College rugby team – and Ross is forced to face up to the lesson that you must reap what you have sown.

To win a pair of tickets to the opening night all you have to do is email your answer to the below question along with your name, MRSC membership number & contact details to the email address. Winners will be announced next week – Good Luck!!!

Who is the author who created the character Ross O' Carroll Kelly?
Answers & Details to: Breaking Dad Competition

Free Bus From Cork To Limerick For Munster v Dragons