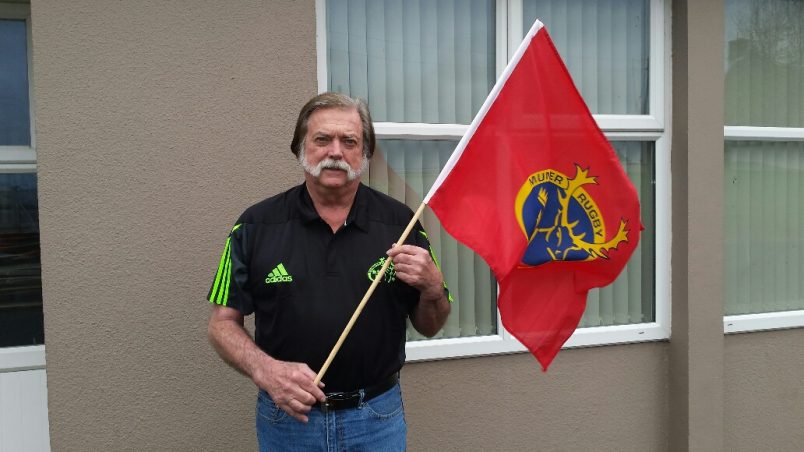 The MRSC have called another 12 happy winners in our second Giant Draw of the season.

The MRSC have called another 12 happy winners in our second Giant Draw of the season.

Paul Cassidy, who is pictured above, is now the proud owner of a Samsung 48" Slim, Smart, LED TV to catch all the Munster highlights courtesy of the MRSC!

Here is what Paul has to say – “I want to thank the Munster Supporters Club for the TV I won in the October Giant Draw. I think the draw is a great way to support Munster Rugby and all the prizes are fantastic".

That wasn't all – a whopping eleven other members will be receiving a prize from us this week – check out the winners below!

2nd Prize
Conor O’ Riordan has won 2 nights in the 5* Castlemartyr Resort for two guests including breakfast on both mornings and an evening meal on a night of his choice.

3rd Prize
Frank Murray has bagged himself an iPad to catch on the latest from www.mrsc.ie

4th Prize
Two nights Bed and Breakfast for two guests in the 4* Abbeycourt Hotel, Tipperary with dinner included on a night of his choice, goes to lucky member, Donnacha Kerins.

6th Prize
1 night B&B for two in The Maldron, Limerick, perfect for John Noonan to catch a game in the Thomond Park.

7th Prize
Conor O’Riordan will be a popular man as he can now bring 4 guests to a complimentary executive box for a Munster game in Thomond Park.

10th Prize
Eddie Fitzgerald has won himself a stunning pen and cufflinks set from Keanes Jewellers.

11th Prize
Denis McCarthy will enjoy a lovely meal in Coqbull with a €;50 voucher.

November's top prize is a whopping €;2,000 from the MRSC straight to your account – just in time for Christmas. All you need to do to be in with a chance of bagging one of the fabulous gifts in November's draw is log into your MRSC account here and get your ticket now!. Tickets cost just €;5 and remember all proceeds go to the Munster Rugby Academy.

Show Your Support on Saturday