Dynamic Pricing and the Benefit to Season Ticket Holders 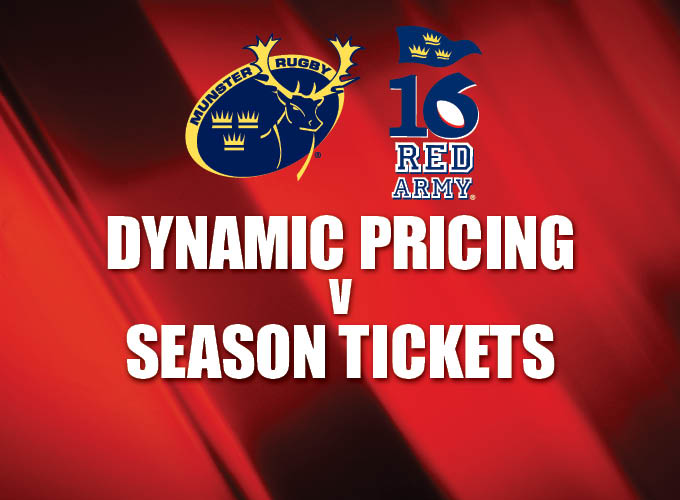 Since the introduction of the Dynamic Pricing structure at the beginning of last season a lot of our members have been asking about the impact of the new system on their Season Ticket.

Since the introduction of the Dynamic Pricing structure at the beginning of last season a lot of our members have been asking about the impact of the new system on their Season Ticket.

The short answer is that Dynamic Pricing has proved to be a fantastic addition to the many benefits of being a season ticket holder as it further enhances the savings you receive for every game.

Purchasing a season ticket enables you to lock your tickets in at the lowest price for each game. As a result you get a number of games absolutely free in comparison to what you would spend buying tickets game by game.

The below graph illustrates the difference in price between what a season ticket holder paid in comparison to what an individual who bought each game online in the weeks leading up to the game paid this season, so far.

Demand for every game has increased in the 2014/15 season including a total of three sold out games for the first time since the 2011/12 season (a note of thanks to the Red Army supporters here!) The seated tickets for these games saw very high levels of demand and sold out quickly with the North and South Terraces catering for most of the remaining availability in the Stadia.

As always, your season ticket continues to be the best way to support Munster Rugby, commit to the club, build for the future, and very importantly, to provide you with a great day’s entertainment.