Name The East Terrace – The Winner! 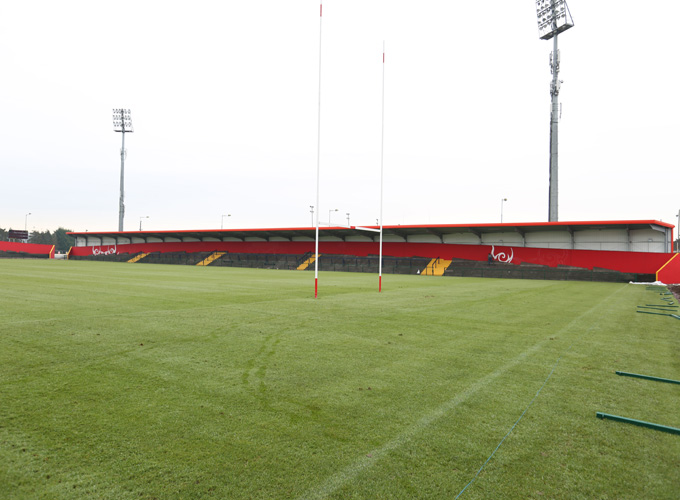 You may remember we challenged the members of the MRSC to name the East Terrace in the soon to be Irish Independent Park.

You may remember we challenged the members of the MRSC to name the East Terrace in the soon to be Irish Independent Park.

As a result of the generosity of the members in facilitating the upgrade of the terrace, it was decided that the MRSC should get to name it and so we opened the floor to suggestions. We had some great proposals and finally, after much deliberation and a heavy influence from the public vote, the new official name for the East Terrace is now the 'Red Shed'

The name was chosen by Joe Noonan, a long time member, and the Red Shed will now be the official name for the Terrace, from match reports to ticketing. As the one who suggested the name, Joe has won an East Terrace Season Ticket for him and a friend for Munster's 15/16 Season, 2 tickets to the first Munster home game in the upgraded stadium against Cardiff on Feb 14th and of course, the honour of having come up with the name.

The Musgrave Park Redevelopment Project is well under way and nearing completion just in time for the upgraded stadium's penultimate game on the 30th of January, Irish Wolfhounds v English Saxons.

As you can see from the photo above, the Red Shed is nearing completion, with the roof now completely installed. Work has begun on a decorative mural on the rear wall – see artist's impression below. The mural will feature the Supporters Club logo, new terrace name and the province's Tribal Motif, a motif based upon the qualities embodied in Munster Rugby: pride, strength, agility, skill and power.

As well as this a new pitch perimeter fence replaces the wall, maximising spectator views and ensuring player safety.

We hope it will be the location for many happy memories in the coming years. Also, as well as keeping our members dry, the roof now creates the perfect acoustic setting for renditions of Stand Up and Fight!