Munster Memories – What’s the Moment You Will Never Forget? 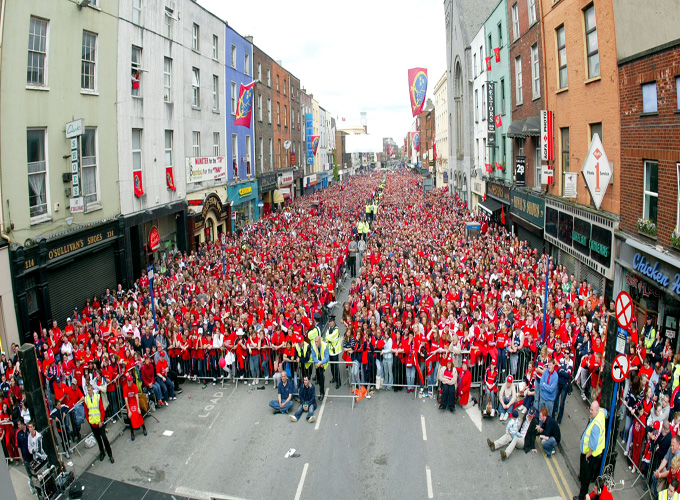 The MRSC have responded passionately to the call to take their place in Munster’s history, as the province showcases fan’s best #MunsterMemories in the Munster Experience Museum.

The MRSC have responded passionately to the call to take their place in Munster’s history, as the province showcases fan’s best #MunsterMemories in the Munster Experience Museum.

Should you have any special memorabilia that you would like to donate to Thomond Park for display, please contact info@munsterrugby.ie

For those who may not think they have something to give, think again. We would love to hear about your favourite Munster Memory!

From famous victories on the field to joyous recollections off it, simply tweet @MRSC16 with your favourite #MunsterMemory, when it happened and where in the province or the world you were at the time. If you do not have twitter simply email info@munsterrugby.ie and we will include them for you.

A selection of your tweets will take pride of place on the #MunsterMemory Wall in the new supporters section of the Munster Experience Museum.

We have already had an incredible response to this campaign online, below is just a sample of some of the tweets we have received – Don’t miss out on your chance to join Munster’s heroes in Thomond Park.

#MunsterMemories the Pro12 final in 2011. Bull Hayes marching the Leinster pack back for a penalty try at the end #truelegend
– Overthehillprop (@Overthehillprop)

#MunsterMemories John O’Sullivan finding me in the crowd, Cardiff 06, and taking me into the post match party, pretending I was his mum.
– Barbara Richardson ‏(@BabsMunsterQuin)

#MunsterMemories stepping off the train in Lille, April ’01 & being in awe at the amount of Munster support, that’s when the affair began!
– Linda Molloy (@lindymoll)