Latest News From The Academy 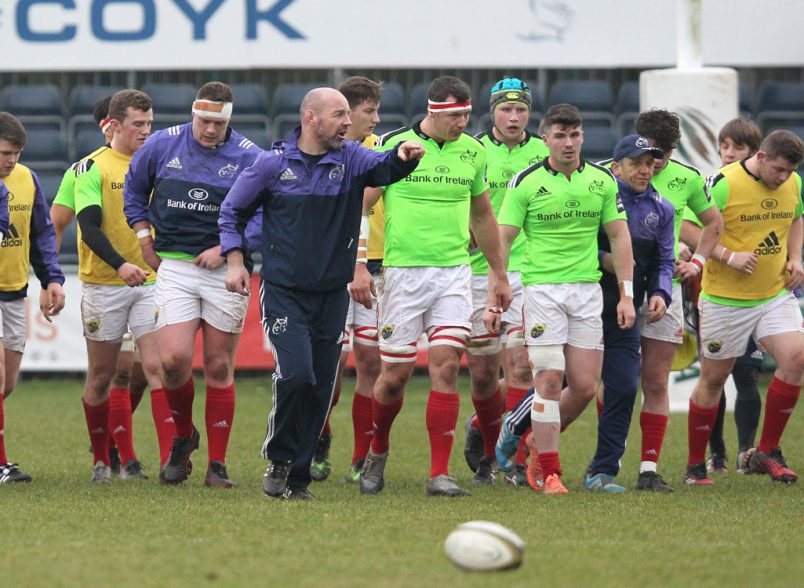 Following the MRSC’s recent contribution of 140,000 euro to the Greencore Munster Academy, we catch up with Elite Player Development Manager, Peter Malone for a Q&A…

Following the MRSC’s recent contribution of 140,000 euro to the Greencore Munster Academy, we catch up with Elite Player Development Manager, Peter Malone for a Q&A…

How many players have come through the Academy programme this season?

We are delighted to have two excellent players graduate from our Academy into the Senior Programme. Shane Buckley and Johnny Holland have both just signed Development Contracts for the coming season.

The MRSC recently donated a cheque for €;140,000 at last week’s Munster v Ulster game – How will this money be used to support the Academy?

We are so lucky to receive this contribution from the Munster Rugby Supporters Club to invest in our Academy Programme. If I could take this opportunity on behalf of the Academy to thank all of the MRSC members for their support again this season. All of this helps us to continue our development as players and coaches in all areas of the game – tactical, technical, physical, mental and lifestyle.

We have employed a Mental Skills Coach to help the players with their mental preparation before, during and after training and matches. We have brought Academy players on cooking courses to help with their food selection and preparation, giving them the knowledge to make informed decisions about their food intake, not just while training, but as they move forwards in the future. We are trying to produce all round excellent professional players both on and off the pitch.

What scouting process is used to invite talented players to the Academy?

We have a feeder system of Development Squads which we select from both the clubs and schools of Munster from U16 onwards – these players are put through a high intensity summer programme each year and then push through the Munster U18 Schools or Clubs team, then Munster U19 and U20 and we then pick the most promising players to come into the Academy or Sub Academy programme.

We also have scouts throughout the province and further afield – so we are always on the lookout for late developers or players performing at club level, the door is never closed.

Should we be keeping our eye out for anyone in particular?

I think we have a good number of promising players coming through the Academy system as seen by the numbers of players involved in the Irish U20's and Irish U19's squads this year. This is an indication that we will have a few stars coming through in the next few years – it would be unfair to pick out individual players.

Now that we are heading into the off season, what does the Academy schedule look like?

We run a very heavy programme for our Academy over the summer – they will be in camp for 3 weeks and then training between Limerick and Cork for the rest of the summer. It is our chance to work the players to a very high level – as when they get back to college in September we have to be mindful to manage their college load as well.