Lead Purchaser To Be Updated By 7th April 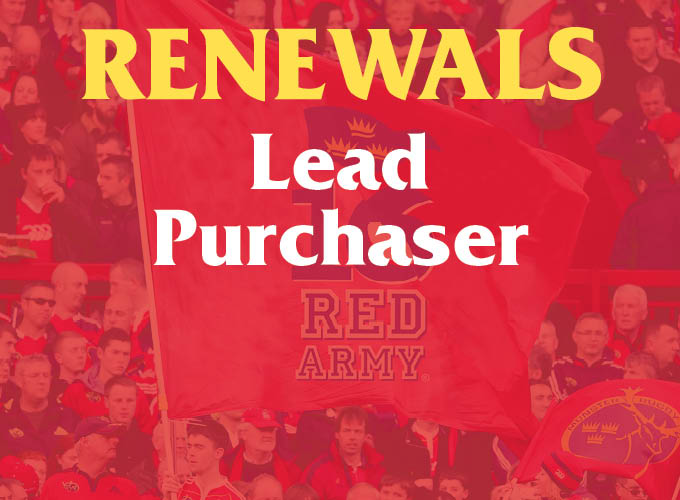 The Lead Purchaser function allows one member to purchase tickets or renew on behalf of up to three other members.

The Lead Purchaser function allows one member to purchase tickets or renew on behalf of up to three other members.

Since 2010, this allowed up to four members to purchase adjacent seats and has proved to be very popular with some members.

To avoid any possible issue with a member not being able to renew if his lead purchaser has changed, we will be closing the option to nominate or change a lead purchaser at 3pm on Monday 7th April and it will re-open after renewals in May.

If you wish to nominate or change a lead purchaser this can be done by logging in above and clicking Update Profile tab.

Then, they will be able to select up to four tickets in the one transaction and so will be able to purchase four seats together. These purchases can be retention of some or all of existing tickets from 2013/14- dates to follow.

CANCEL LEAD PURCHASER
If you previously had nominated a lead purchaser and would now like to purchase/renew yourself, you need to cancel your lead purchaser arrangement. This can be done by logging in, selecting Update Profile and then setting Lead Purchaser number to 0 (zero). This will need to be done before 7th April to be applicable for renewals for the coming season

This can be done by logging in above and selecting Update Profile.

ONE CREDIT CARD CHARGED
This ticket system allows four renewals and associated tickets to be selected and purchased at one time and charged to one credit card. It will be up to the individual members to reimburse their lead purchaser.