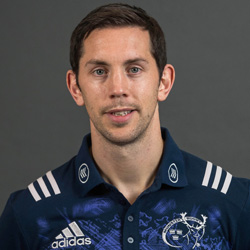 Ray graduated with a Bsc Hons degree in Physiotherapy from the University of Ulster in 2007.

He worked in a private sports clinic prior to completing his Masters Degree in Physiotherapy from the University of Western Australia in 2011 – graduated with distinction as well as receiving the Rehabilitation Science award.

He worked in Private Sports Clinic in Canberra Australia for three years working with athletes from a variety of sports including rugby, AFL, netball, rowing as well as working with a large proportion of Crossfit athletes.

McGinley joined the province from Santry Sports Surgery Clinic at the start of the 2016/17 season.