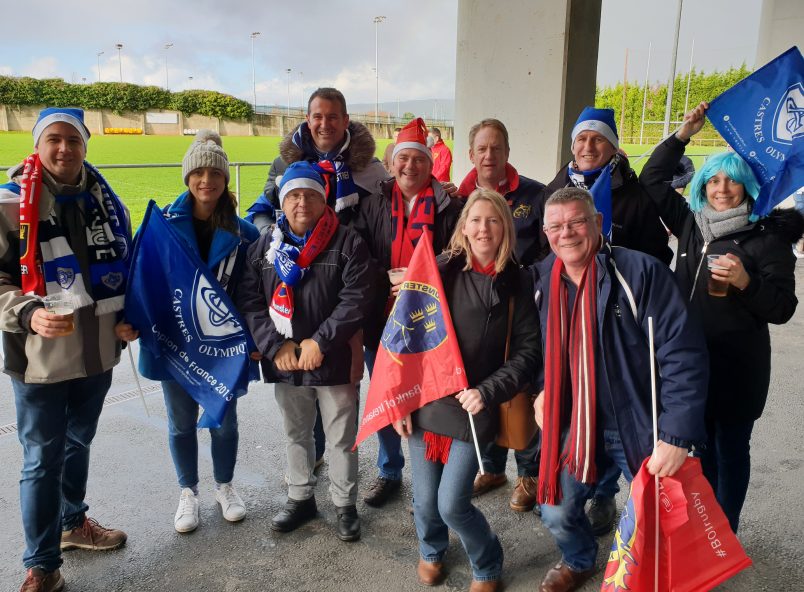 All roads lead to Castres for round four of the Heineken Champions Cup and here is the MRSC away guide.

All roads lead to Castres for round four of the Heineken Champions Cup and here is the MRSC away guide.

The Quays Bar at 23 Rue Frederic Thomas will act as our supporter’s base this weekend for the Red army.
Open from 10am Saturday and until 2am on Friday and Saturday night, Mark and the team welcome supporters with a range of beers and bar snacks, which are served throughout the day with a reduction in the price of beer available for the weekend;

Of course, this week will also see further strengthening of the bonds of friendship between the MRSC and our Castres counterparts with a number of MRSC members staying in the village of Lasgraisses thanks to a very kind offer from a number of locals. We are immensely looking forward to this trip and enjoying a fantastic shared experience with Castres.

The reasonably small town of 43,000 people is located in the Midi-Pyrenees region of Southern France.
The cobbled streets in the old town allow you wander around the historical centre seeing the many shops and cafés as well as tourist sites such as the Church of Saint Benoit.

The Agout River splits this small city so if you have time check out one of the river cruises, you’ll see things from a different vantage point.

Castries Olympique was formed by a group of local college students in 1898. Originally part of a multi-sport club, the rugby team left and formed a club of their own in 1906. It was at this time that the team’s colours changed from black and yellow to the current blue, white and grey.

Industry has always played an important economic role in this part of France, a good example being that oownership of the rugby club moved to Pierre Fabre, founder of the pharmaceutical giant Laboratories Pierre Fabre in the 1960s. He sadly passed away in the middle of 2013

At the time of writing Castres are 7th in the Top 14 table with 6 wins from 11 and offered stern resistance particularly in the first half of the Pool 2 encounter last week at Thomond Park. No doubt, a huge physical test awaits Munster in what is now, the most played tie in Champions Cup history.

Stade Pierre-Antoine was completed in 1957, and is named after a famous former player Jean Pierre-Antoine who died suddenly in 1956 at the age of only 35. It is handily enough located, around 1.5km to the Northeast of the City Centre in a primarily residential area. The stadium holds 12,200 Supporters

The stadium is enclosed on all four sides, with the Tribune Rui the largest of the stands running alongside one side of the pitch. There is a small section for standing spectators at the front, and a raised section of covered seating to the rear. The player’s tunnel is in the middle of this stand. On the other side of the pitch you’ll find the Tribune Gabarrou, a similar structure with a small section of standing to the front at ground-level and a raised area of covered seating behind.

At either end of the ground we have the Tribune Sud and the Tribune Nord, both decent-sized all seater stands that offer cover from the elements. The atmosphere in the ground is usually excellent, and Castres have a proud home record that the team and supporters are fiercely proud of.

Accommodation in the city is limited, although at the time of writing Hotel Renaissance and Hotel IBIS Styles both still had availability.

See www.laterooms.com for other options across various price points.

Castres Away – The Village