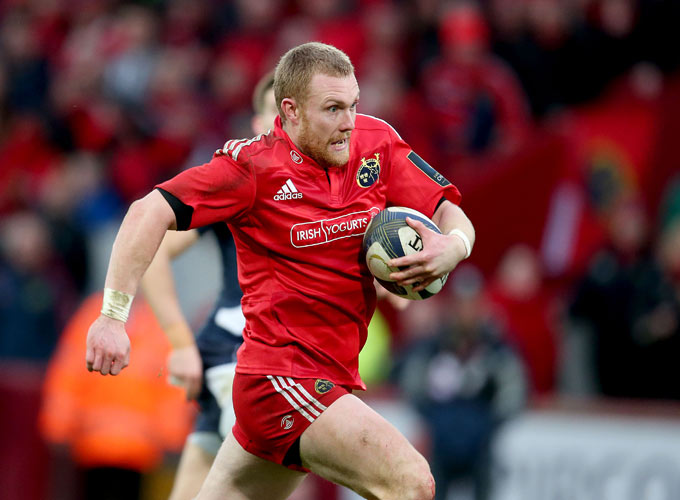 Keith Earls here, your new Junior Club Captain for 2015! I am very excited about my new role and I hope to meet as many of you as I can over the course of the year.

For those of you who might not know me, I’m the local lad from Limerick and have been playing for Munster since 2007 so I’ve been around a while! I play in the backline – on the wing, in the centre and at fullback – to be honest I’d play anywhere once I get a run out!

I played schools rugby with St. Munchin’s and have never looked back since, going on to play for Munster, Ireland and the Lions.

I’ve been unlucky in the past year with injuries so just recently made my comeback over in Italy, coming on against Zebre. I started against Sale yesterday in Thomond Park where I was lucky enough to score a try in front of the fantastic home support.

I’m delighted my return from injury has just come in time for 6 Nations squad inclusion also. It was huge for me to get named in Joe Schmidt’s squad and I look forward to working with him and the rest of the squad. I’ll move up to Carton House in Kildare this week as we start our preparations.

The Munster lads have a break ahead of them now with two match-free weekends but they’ll be kept very busy with a mid-season training camp over in Lanzarote. That may sound like a nice holiday to some people, but believe me it will be a week led by our fitness coaches, so that means a whole lot of running and training!

I hope you can get behind us all in the next few weeks, whether it’s a green or red jersey! Hopefully there should be plenty to shout about and I’ll catch up with you again when I get back from Ireland camp.

P.S. If you have any drawings or letters for the Munster Team or pictures of you somewhere unusual in your Munster gear, a song, a poem or anything at all you would like to send in to me you can post it to my friend in the Munster Rugby office – Ciara Lyons, Irish Independent Park, Tramore Road, Cork or email ciaralyons@munsterrugby.ie with a little piece about yourself and what Munster means to you – she will be sure to pass it on and you never know, it might even get in a match day programme!

MRSC Junior Club Open Once More Due to Demand 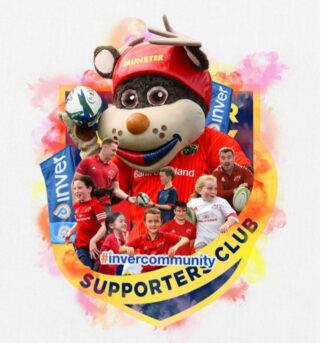